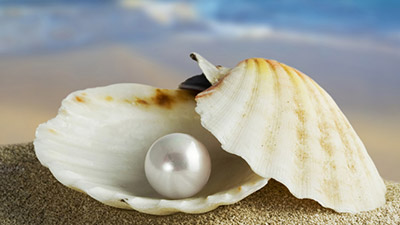 The objective of (European) Contract Law is to provide insight into civil law and its solutions for conflicts arising out of contractual agreements. Therefore, (European) Contract Law is predominantly focused on the rules about acts in law, obligatory agreements and the commitments resulting out of that, as well as the so-called extraordinary agreements, which are included in a special subdivision of the Dutch Civil Code (E.g. insurance agreements). Consequently, any contract dispute can be dissected by assessing these six questions and the judicial implications of the answer:

Accordingly, these questions deal with a wide range of legal regulations and corresponding jurisprudence, such as good faith and fair dealing, scope of authority, defects of consent, standard terms, legal incapacity, violation of the law/public security/morality, enforcement of (non-) monetary obligations, scope of right to terminate and right to damages. Whilst entering into an agreement, it is vital to comprehend the valid rules of law as well as their application, because these legal rules will not only provide the solutions to your organization’s judicial problems in the field of contract law, as they will also aid your organization with the development of a critical stance against mediocrity through the possibilities that lie enclosed within them.

In order to facilitate cross-border trade within Europe, to strengthen the European market and to develop an infrastructure for Community Laws presiding contracts, the European Draft Common Frame of Reference provides uniform rules of European contract law. The goal of these principles is to facilitate a European lex mercatoria. The lex mercatoria refers to the option of parties to international contracts to choose the lex mercatoria – otherwise known as general principles of law – to regulate the terms of their contract. This option is utilized in an international trade setting, whereby contractual parties cannot come to terms with their counterparts on a reference to a national legal system or prefer their contract to be governed by internationally accepted principles.

“If you are neutral in situations of injustice, you have chosen the side of the oppressor. If an elephant has its foot on the tail of a mouse and you say that you are neutral, the mouse will not appreciate your neutrality.”

In various business situations, parties will enter into an agreement with each other. Van Clamsfield International Ltd. is dedicated to contributing to the legal parties’ utilization of diverging acts in law and the interdependency that arises between everyday’s business practice and contract law. Van Clamsfield International Ltd. aims at providing parties with a thorough insight on the scope and possibilities that exist by law, in order to adequately and responsively prevent disputes or furnish solutions to deal with them accordingly and efficiently.