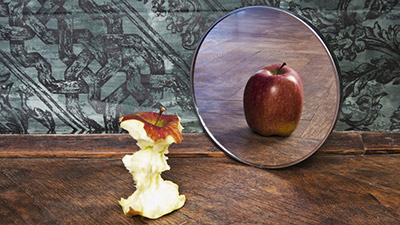 Tax litigation and subsequent fiscal proceedings are focused on regulating the judges’ ruling concerning a fiscal conflict between a taxpayer (an individual, corporation or multinational) and the presiding tax authorities. Primarily, these conflicts arise out of disagreements between taxpayers and tax authorities, which refer to their legal positions on either an additional or a revised tax assessment notice. In some cases, the alleged fiscal irregularities coincide with a criminal investigation, which is usually initiated after a procedure known as the tripartite consultation between the Public prosecutor’s office, the fiscal intelligence and investigation service (FIOD) and the presiding tax authorities. The critical limitation of the IRS, is that by law the government has to choose between administrative punishment or criminal prosecution. The principles of ‘ne bis in idem’ and ‘una via’ are complementary in this regard, since ‘ne bis in idem’ prohibits the government to subject someone to criminal punishment more than once for the same judicial fact and the ‘una via’ principle commands that the government sticks to one penalty regiment.

In situations where the presiding tax authorities do not engage in an investigation – meaning one that is noticeable and transparent to the taxpayer - prior to the issuance of an additional or revised tax assessment notice, the tax authorities might be attempting to elicit a response from the taxpayer, either to accomplish a more whole and detailed view of the specific subject matter in the present case and/or to assess the taxpayer’s willingness to litigate and therefore the tax authorities’ range of jurisdiction authority to levy taxes. Consequently, a litigious procedure elicited by the presiding tax authorities, does not necessarily entail that the legal position and subsequent argumentations of the governing tax authorities are valid by law. As a result, it is advisable to seek legal representation when one is faced with the indispensable scrutiny of the fiscal-judicial process.

“I busted a mirror and got seven years bad luck, but my lawyer thinks he can get me five.”

In tax litigation, it is essential to take into account that the initial objection and subsequent appeal procedures are the most defining stages of the entire litigious process, as the Supreme Court exclusively re-examines if the rule of law and legal form were appropriately applied by the lower court; the Supreme Court is thus not entitled to make a decision based on the facts of the case as these facts are no longer subject to discussion.

Van Clamsfield International Ltd. offers legal representation in fiscal matters and monitors the solidity of the fiscal proceedings by: