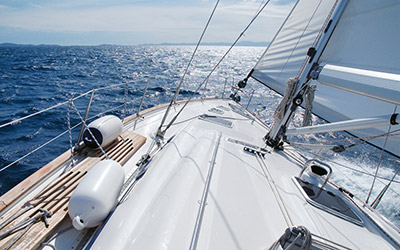 Hybrid entities are corporations, which are classified differently under the distinct governing laws of two or more nations. Consequently, a classification conflict will arise, whereby one nation will qualify the entity as fiscally transparent and the other nation will by local law characterize the same entity as opaque. The substantial divergence in this approach is that fiscal transparency leads to taxation on the level of the shareholders or participants, whereas the qualification as opaque leads to taxation on the level of the entity itself. The fiscal consequence, without a presiding bilateral tax treaty between the two nations, would either be double taxation or double tax exemption. Fortunately, many countries – including the Netherlands - have entered into either bilateral tax treaties and/or unilateral ratifications in order to effectively address hybrid entities. The primary foundation for these agreements is the importance of trade partners and corresponding foreign capital inflow. To that end, the governing bilateral tax treaties contain many stipulations as to the fiscal permitted possibilities in reference to hybrid entities. Needless to say, governments have also safeguarded their sovereignty, within the treaty provisions, by incorporating so-called ‘savings clauses’ that ensure unlimited taxation jurisdiction and authority in spite of the treaty stipulations, which can cause treaty override. As a result, it is advisable for organizations to also take domestic rules and international and European regulations into account - in particular Controlled Foreign Corporation (CFC) rules, domestic tax law, unilateral promulgated fiscal policy, international and European warrants - when making use of a hybrid entity (structure) within the corporate framework of the organization.

To facilitate foreign direct investment and the matching inflow of capital, nations have – under certain conditions and align with CFC regulations - agreed upon the granting of treaty benefits to (multi)national concerns, which make use of hybrid entities in their corporate structure. For an organization, it then becomes of importance to assess the treaty eligibility of the hybrid entity and under which circumstances access to the treaty is denied. Treaty eligibility will unveil the characterization of the hybrid entity in each (treaty) state and subsequent fiscal ramifications and/or possibilities. Moreover, depending on the classifications following treaty eligibility, the organization’s claim to treaty benefits – that is, the allotment of tax exemption or tax sparing credit – is determined. The Netherlands for instance, has a well-developed Advance Tax Ruling (ATR) practice, which aids organizations in receiving assurance by domestic tax authorities with regard to treaty eligibility prior to the execution of their planned utilization of an elaborate hybrid entity structure within their corporate framework.

“The pessimist complains about the wind; the optimist expects it to change; the realist adjusts the sails.”

Van Clamsfield International Ltd. developed a business method that aids organizations to commercially employ incumbent market opportunities that are vital to their prosperity. The business method is aimed at treaty eligibility – and thus treaty benefits - for hybrid entities, which are incorporated into an organization’s corporate framework to effectively manage the source taxation on royalties with regard to cinematographic works of art and television broadcasting under the U.S.-Netherlands tax treaty.